Say you work in NJ state government or one of the big Mercer County hospitals.

Do you really want to live on your job's doorstep? You need a place that's far enough away to seem different, a quiet, green spot where you can relax and forget about the day's pressures. But it can't be so far away as to give you headaches, either.

Check out Morrisville, PA. We're moments across the river from Trenton and a reasonable drive from Philly. When you live here it's easy to jump on a train for New York, too.

But you might not want to since Bucks County, PA has access to some of the region's best arts and culture. Yes, there's always something to excite your senses here, stuff that will get your heart pumping and your mind racing. Bucks County has inspired generations of artists, and its cultural treasures are waiting for you.

Here's a brief taste of the arts, music, and culture nearby when you live in Morrisville:

The Record Collector -- Okay, so it's not strictly a live music venue; it's better than that. This groovy Art Deco building in Bordentown, NJ is one of the area's best record stores (remember those?), the place to find the stuff Mom threw out or the goodies you didn't know you wanted. And there are frequent live gigs here. Check their site to find out what's in store; anybody can play a bar, after all, but record store people have taste.

Pennsbury Manor -- William Penn wrote, 'A country life I like best for myself and my children.' He made it happen at Pennsbury Manor, his sprawing 17th-18th century estate in Morrisville. The house has been refurbished to approximate Penn's time, and is an incompable resource for information on the Penn family and life in early Pennsylvania. Check their site for information on the estate's fun all-ages programming. Not into history? Don't worry; Pennsbury Manor is one the region's best spots to commune with wildlife. Walk the grounds, relax, and enjoy.

Excited? We don't blame you. Consider renting an apartment at Wellington Woods, a friendly, comfortable, and affordable base for your family in Morrisville, Pa, minutes from the excitement of Trenton and Bucks County.

Want to know more about arts and culture near Morrisville? Curious about apartments for rent at Wellington Woods? Ask us! 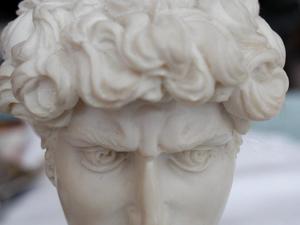